Our B(rand)eer tells a story...

Beer and Branding - 2 very different words that, to me, come together more than ever in the craft beer industry. This is an industry that is built on quality, taste, uniqueness, and history. So why are some craft breweries naming some of their highest quality beers generic names like...Lager or IPA? Am I going to try the (insert generic name here) Amber Ale or a Bawdy House Red Amber Ale created and named after the bawdy houses that lined the red light district in McKeesport? I'm going to try the beer that has a more intriguing name and a story behind it. After all, breweries represent the town they are in and the people they serve. 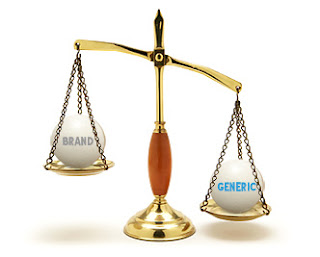 Example. Even though Shur Fine Ketchup is cheaper than Heinz Ketchup, and made with almost the same ingredients, which Ketchup do you buy? You buy Heinz every time because of the history of the brand and the quality it represents. There's a story behind Heinz ketchup and they put it right on the bottle. Why aren't more craft breweries putting more thought into the "brand" they represent? Why are we naming beers generic names?

Think about this for a second: Craft Breweries are small versions of Proctor and Gamble. They sell many different brands, each brand's survival based on success and sales. Do you know why P&G is so successful? It's because of their excellent branding strategies. P&G sales 5 different brands of laundry detergent. All of the brands are priced to various target markets and every brand they sell has a net profit of over 1 billion dollars in sales annually. You go into Walmart and ponder which "brand" of laundry detergent to buy. Chances are, you picked one that fits your budget, and fits your needs, based on the brand. There's also a really good chance that the brands you were comparing were all owned by P&G. So, what I'm trying to say is, P&G doesn't make billions of dollars by naming their detergents Brand A, Clear Detergent, Value Brand, Cheap but Works, and Fresh Good Smell Brand. They sell that much detergent without cannibalizing sales of the other brands by their unique branding strategies. Just like P&G, breweries represent many "brands" even though they brew all of them. You have to name them and brand them accordingly. People are "shopping" for a brand when they are buying your beer.

The same goes for your local/hometown brewpub or microbrewery. These breweries represent the towns they are in. They represent the people that work there and the patrons that enjoy their beers. People want something they can connect to. They want something that represents their style, personality, and hometown. People connect to family, history, and the foundations they were brought up with.

This is what Brick Alley Brewing represents. Even in it's home brewing infancy, the brand represents history, good and bad. There's a story behind what we brew and why we brew it. The beer not only represents the style you can find it under in the BJCP style guide, but it represents the history of a city that once was one of the back bones of the United States. The beer is named for places, people, and things that aren't physically there anymore. These beers don't represent tangible things, but they represent the history of what these things and places once represented. They represent stories and values that our parents and grandparents lived through and passed on to us. The ingredients, color, and name of our beers represent what you taste, and what you think about when you try that beer.

Everyone's got a story, you have to make sure people want to read, or in this case, drink your story.
Posted by Lebes at Thursday, May 10, 2012